We’re absolutely crushing on Rachael Finch… the model-turned-mogul has carved out her own space in the wellness world, while raising two beautiful bebes!

It’s as though her life has come full circle, as Rachael’s first love was sport. “Mum says she can remember me running down the athletics track with nappies on!” While she may have had her sights set on competing in Olympic long jump, the gangly 15-year-old was approached by a model scout at the airport, leading to jobs in Singapore, London and New York, a spot in Miss Universe (where she placed fourth), and then Channel 7’s Dancing with the Stars. 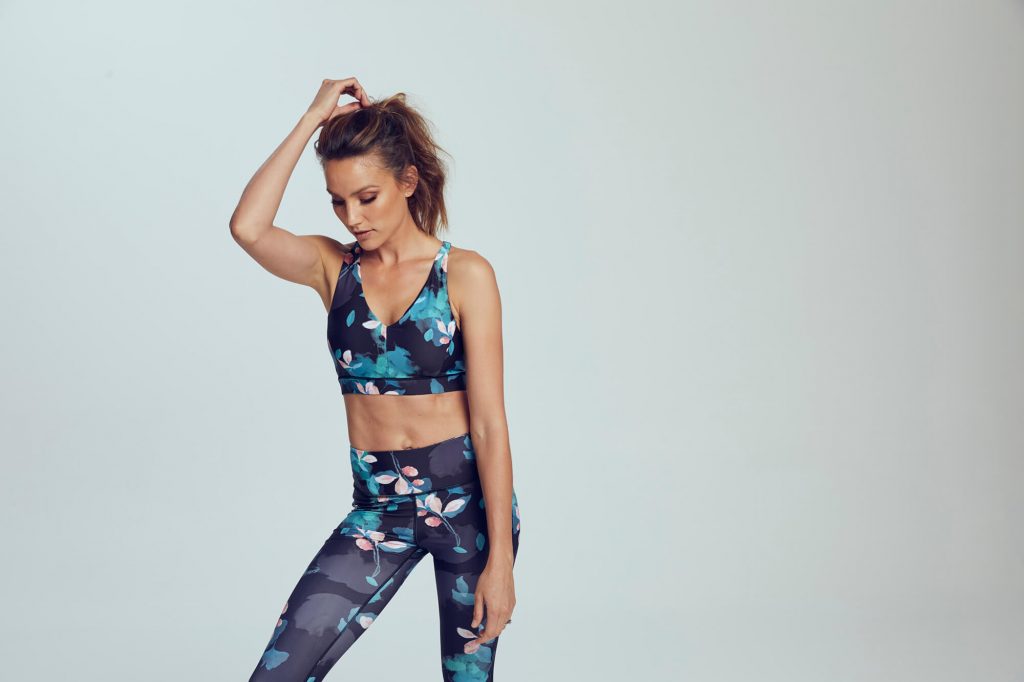 “That was one of the most significant times of my life.” Not only did the ballroom dancing competition ignite her passion for movement – “I love that dance is a mind/body/soul exercise” – and kick-start her TV and radio presenting career, it also sparked a love story for the ages. Rachael fell for her Ukranian dance partner Michael “Misha” Miziner: “I was swept away – I think I had my toothbrush in his house three weeks after we met!” she recalls. “He asked me to marry him six months later.”

The couple tied the knot in Sydney in January 2013, and discovered they were expecting on their honeymoon. “I really enjoyed being pregnant. It’s such a special time. It’s the only experience with just you and the baby and that’s your nine months of bonding.” She gave birth to baby Violet in September 2013, and remembers a seismic shift the moment the tiny newborn was placed on her chest. “Your perspective changes completely,” the self-confessed health nut muses. “Until that day all you’ve really been thinking about is yourself, but when you become a mother you have this little soul relying on you 100%.” 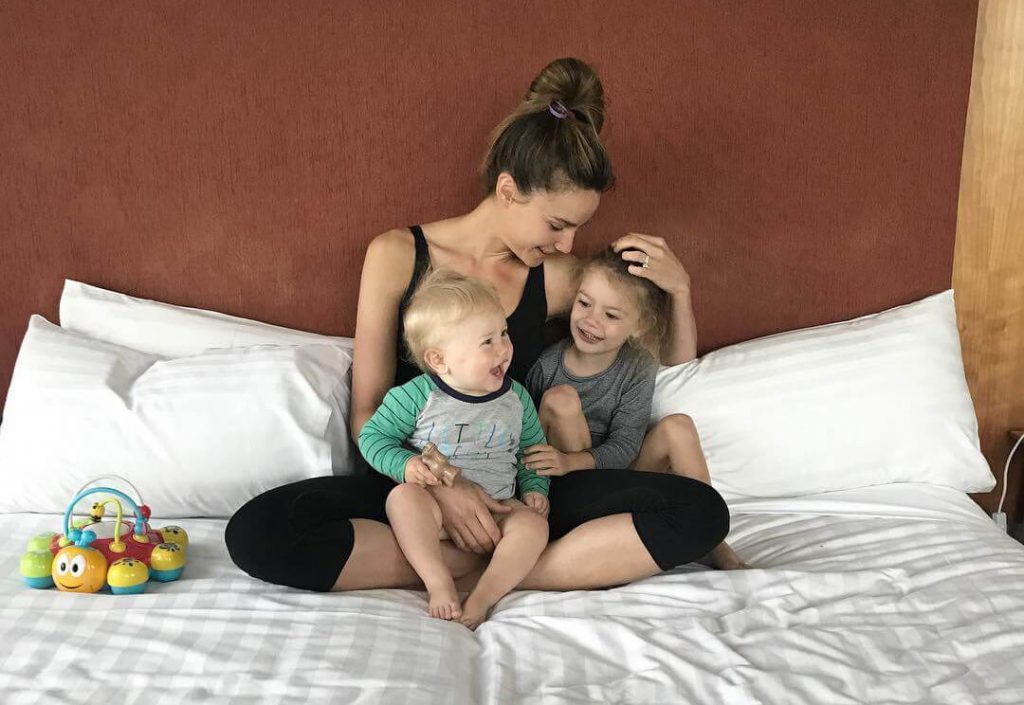 Rachael admits she endured an emotional jumble of sleep-deprived nights and dazed days for the first six weeks. “You’re in the field of the unknown, you’re so new to everything and you’re playing the guessing game. And there’s this child there and they’re crying or sleeping or waking… ” Ultimately she found her answers by looking inward. “For me, it’s about always listening to your body and intuition, and trusting that you have the answer,” she says.

This philosophy – listening to your body – seeps into Rachael’s entire world. After the arrival of baby number two, Dominic, in March 2017, along with her work as a Channel 7 presenter and Myer ambassador, the “mama juggle” got real. “It’s a balancing act, you’ve got to just try to keep ticking off different elements of life. It’s nearly impossible to get the family time, the social time, you-time, fitness, good food, good sleep. It’s about constantly looking at the picture of life thinking, what’s a little bit out of whack today, what do I need to focus on filling up so that my body and my soul can stay content. Sometimes it’s really out of whack, but those days are actually the ones that make you stronger – you grow those days.” 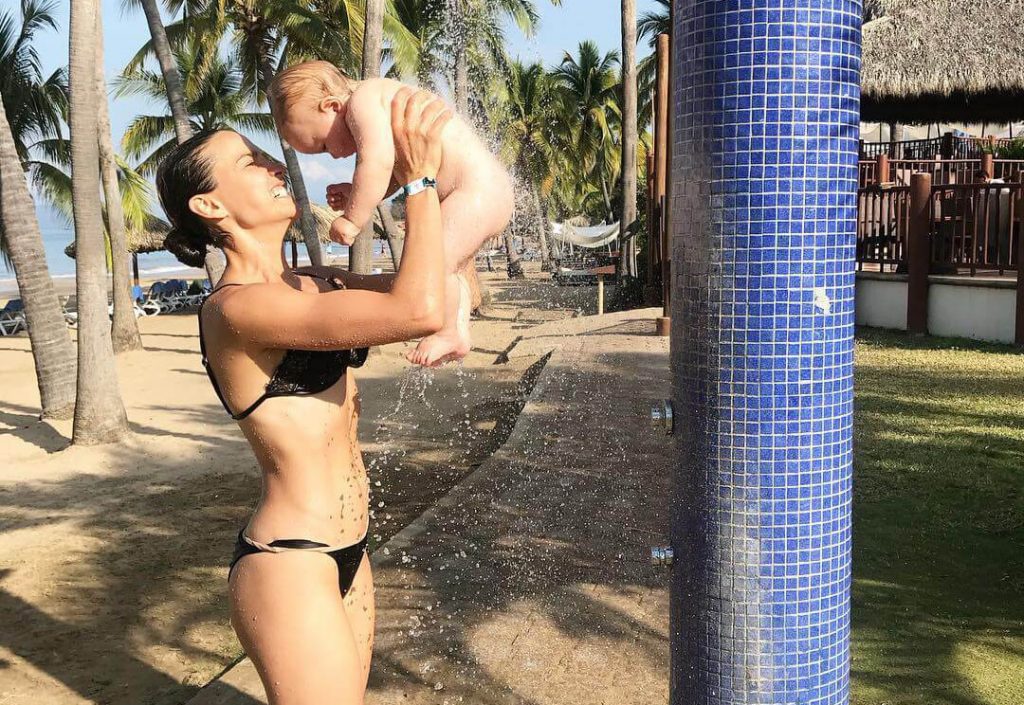 Her love for her two little ones is boundless – “seeing them smile is my favourite thing” – but she takes care not to lose herself along the way. “I’m the queen of me-time. It’s my coffee on the balcony in the morning, or I say to Misha, ‘Do you mind if I get up at six before you guys and run to yoga? Or on the way home from work do you mind if I stop and have a sauna?’” Little rituals that keep her mentally strong and physically fit for whatever the day may bring.

All earth-mama ease and upbeat energy, Rachael seems to be doing something right. “It works for us,” she says simply, noting her aversion to mummy-judging or -shaming. “You never know what someone else is going through – never ever assume that someone’s life is a particular way, you don’t know what’s going on behind closed doors.”

Rachael herself was the subject of a media pile-on in 2016 when a weekend magazine reported that two-year-old Violet spent every weekend at Rachael’s mother-in-law’s. The family addressed the comments at the time – their weekly schedule is unconventional with the kids coming to work and often travelling with the couple during the week, and they value their children’s relationships with their grandparents. 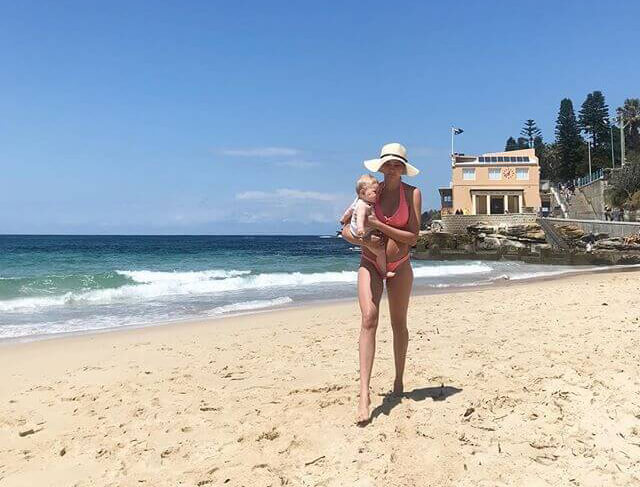 These days, Rachael is focusing on empowering other women. She launched Body by Finch, an online health program combining workout videos, meal plans and her personal beauty hacks (note: her skin glows like a Valencia filter). “Everything’s quick and easy – meals on the table in under 30 minutes, workouts in under 30 minutes so you can do them while the kids are napping.” Unlike some regimes, it’s not centred on how the body looks, but how the body feels – hence a meditation and mindfulness element, of which Rachael, a certified health coach, is an avid participant. “It would be an absolute dream to see women around the world doing Body by Finch and getting happy, healthy and fit,” she affirms. 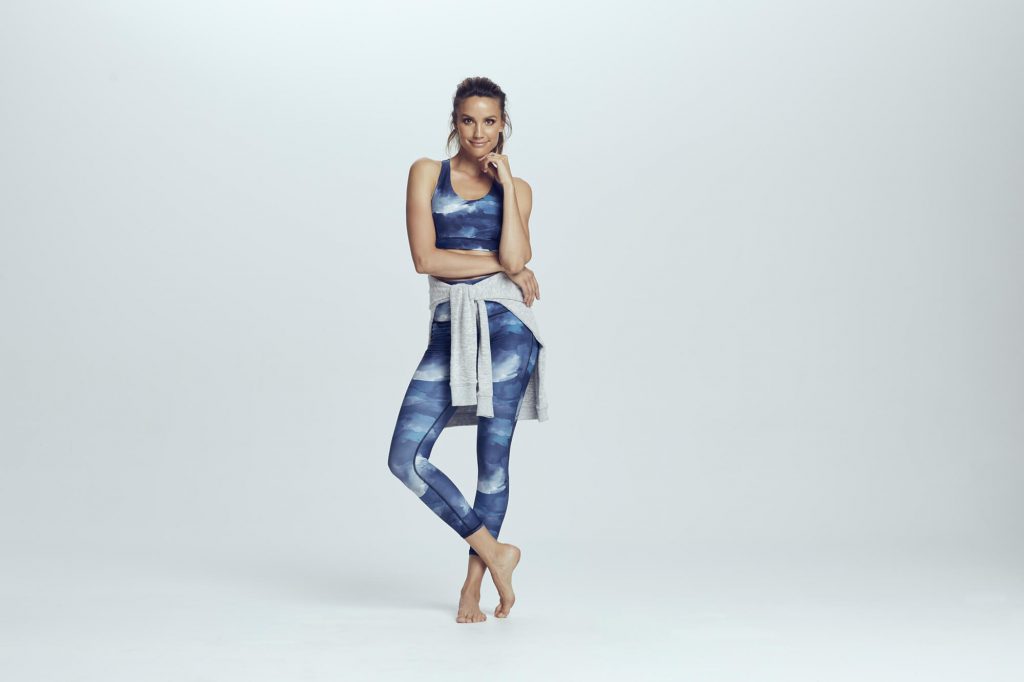 Pop your little one in the pram and go for a walk – taking a long walk, while pushing the pram really gets the heart rate up.

Sneak in a quick workout at home while your baby sleeps, don’t forget to sign up to Body by Finch for quick, effective sessions.

3 // Make healthy snacks with your kids

By getting them involved, your kids become excited by eating delicious and nutritious food. Rachael’s mini, Violet, 5, loves to help mix protein balls and make smoothies.

Why not exercise at the park, while keeping an eye on your children playing. Beats scrolling the ‘gram.

You want to be the best version of yourself for you and your family, so don’t push yourself too hard. Only you know what your beautiful body is capable of. All in good time, mama. 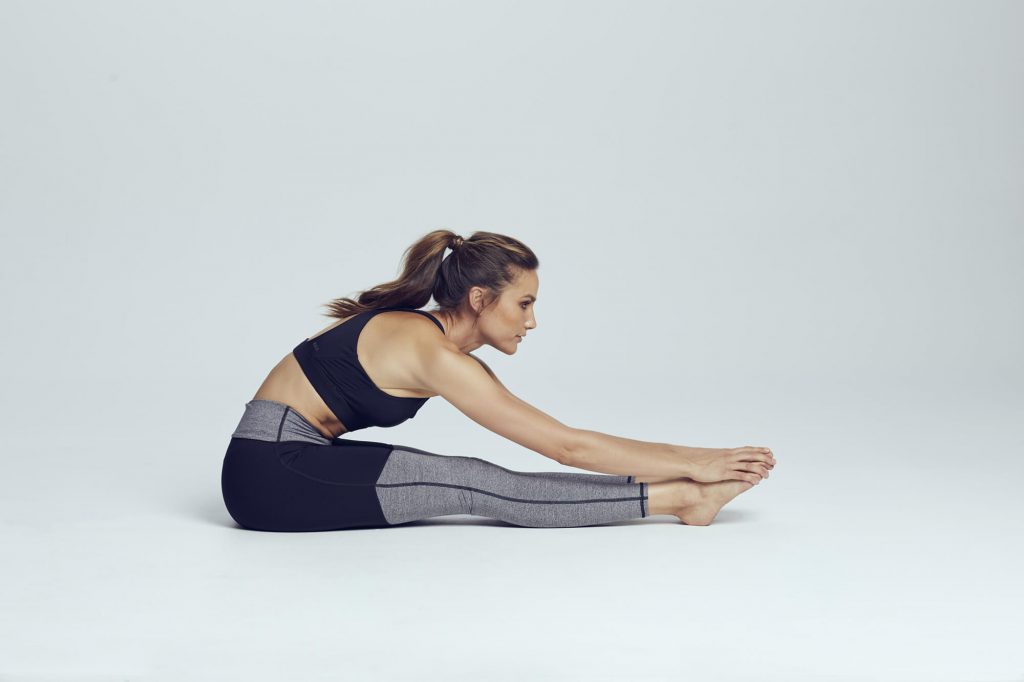 With a 275k-strong Instagram following, the model and mogul delights in connecting with a tribe of like-minded women. Her insta feed is a collage of daily life in the Finch/Miziner household: smoothie recipes; snaps of Violet, now five, and two-year-old Dominic; fitness videos and inspirational quotes.

“I have so many beautiful women contact me asking about what they should feed their babies, what I ate while I was breastfeeding and my kids’ sleep patterns… I love being able to share my tips as I’m always reading and researching.” She says she and Misha are happy to open up their private world, but they draw the line at posting “those special times – personal moments that are just meant for you and your family”.

For now, Rachael is set on soaking up life’s little joys: beach days with the family, bubble baths, cooking with Violet, breaking into a salsa with Misha, and perhaps down the track, baby number three. While work shows no signs of slowing down – she’s launched a dance-inspired activewear range, B.O.D by Rachael Finch, an ode to her and Misha’s early romance – she considers her primary job title “mama and wife”.

How to Better Connect with your Partner While Parenting

5 of the BEST Homemade Body Scrubs

10 Cool Ways to Positively Challenge Yourself

This #bossmama is making serious noise

Sign-up to our weekly Mama Mail® for badass mama vibes, exclusive discounts and stuff that is generally cool AF! #mamadisrupt